Authored by Jason Ditz via AntiWar.com,

With a growing number of reports showing the Pentagon absolutely getting pounded by coronavirus, Joint Chiefs of Staff Chairman Gen. Mark Milley issued a statement warning that US readiness remains intact, and that no nation should test the US.

This at a time that as AFP reports, 150 bases as well as aircraft carriers have been affected:

“We’re still capable and we’re still ready no matter what the threat,” Joint Chiefs Chairman General Mark Milley said Thursday. “I wouldn’t want any mixed messages going out there to any adversaries that they can take advantage of an opportunity, if you will, at a time of crisis,” he added. “That would be a terrible and tragic mistake if they thought that.” 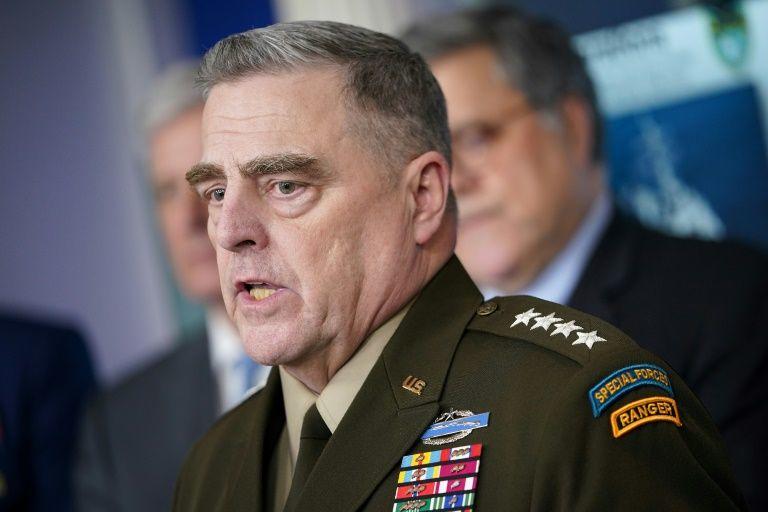 At a time when coronavirus is creating all sorts of opportunities for cooperation and peace-making, the US military is going in the opposite direction, growling like a wounded beast at a time when it is struggling with the virus.

Obviously a reaction to reports of thousands of US military coronavirus cases, with hundreds on the USS Theodore Roosevelt alone, Milley’s insistence that the US remains ready rings hollow, as a desperate response to ships and bases which are clearly partially or wholly out of action because of the virus.

With the US having such a large military, it isn’t to say that the US is particularly vulnerable right now. Still, offensive capabilities simply must be taxed by 3,366 Defense Department infections. The USS Theodore Roosevelt is in an extended dock because almost 10% of the crew is infected.

Underscoring this reality, the Pentagon has been moving to dial back information sharing on the outbreak within the military, trying to avoid letting potential enemies know which sites are most vulnerable and hit hardest by the virus.